Mr Leslie Hamilton recently took early retirement (pressure of the on-call transplant rota) as a cardiac surgeon but continues to sit as Assistant Coroner. He is currently on the Council of the Royal College of Surgeons and is a past President of SCTS (Society for C/Th Surgery). He will be Chairing a special workshop at the BGS Spring Meeting on Thursday 27 April. 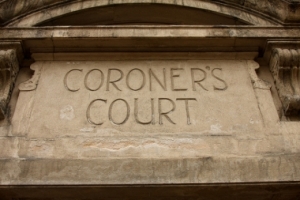 You have just received a letter asking you to attend Court. You get a tachycardia. What is it about?

There are four courts which doctors can face in relation to their medical practice.  It could be the GMC’s Medical Practitioners Tribunal Service (the old Fitness to Practice panels) – though strictly speaking it is a Tribunal rather than a court. It is however adversarial in nature with full legal representation.  It could be in relation to a clinical negligence claim – in the civil court. An increasingly common occurrence in many specialties. Or very rarely it could be for the criminal court on a charge of wilful neglect or gross negligence manslaughter.

However, the most likely contact that any doctor will have during their career with the legal system is the Coroner’s Court. Any court involvement is likely to generate anxiety and so knowing what to expect and being prepared is key.

The Coroner’s court is different from the others in that it is inquisitorial (the aim is to establish the facts) whereas the others are adversarial – each side presents their case and tries to undermine the other side’s arguments with cross examination. The Coroner’s role is twofold – firstly, they have a legal duty to answer 4 questions: who the deceased was, when and where they died and finally, how they died. Secondly, it is a public airing of the facts about the death so that the family come away with a better understanding of what happened. The family should be at the centre of the process.

So theoretically the Coroner’s court should be straightforward but we all know how challenging it can be to face a bereaved family, upset and often angry. Although the Coroner is not allowed to include blame or liability in the Conclusion, there are ways in which concern can be expressed. And evidence presented in the Coroner’s court can be used by a family in bringing a clinical negligence claim.

So rather than yet another Powerpoint lecture we thought it would be more interesting, educational and fun to run a mock inquest. Akif Gani and I are putting together a script based on things which might / could happen in clinical practice and I know he has asked for volunteers to play the roles. So, if any of you fancy trying out the role of solicitor / barrister / family members / anxious doctors giving evidence, then speak to him. I am assuming he is going to be the patient’s Consultant.  Otherwise we will be press-ganging BGS members into service. In any case come and join us for an hour at 12.00 on Thursday 27th April at the BGS Spring Meeting in Newcastle. Hopefully you will go away with a better understanding of what is required and be more confident if you are called to give evidence in the Coroner’s Court.

Register for the BGS Spring Meeting 26-28 April 2017 in Gateshead/Newcastle.