Steve Parry works in acute medicine and older people’s medicine. He has a special interest in investigation and treatment of falls and blackouts in adult patients of all ages. He is BGS Vice President – Academic and Research. 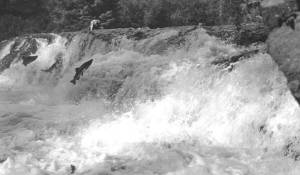 Since those heady days in the late 90s when our local falls service was started by Rose Anne Kenny, falls services have moved from novelty to mainstream in the UK’s care of older people landscape. But has this service ubiquity made a difference?

Probably. Possibly. Or perhaps not. It’s almost impossible to say. Falls are notoriously poorly recorded and coded, though falls surrogates like hip fracture, the tip of the falls iceberg, provide at least a hard outcome measure universally recorded. Here, however, despite a decade and a half of falls and bone health services, the news is not good. Hip fractures continue to cause morbidity, mortality and resource consumption on a grand scale, with NICE CG124 pithily setting the scene: “Hip fracture is a major public health issue due to an ever increasing ageing population. About 70,000 to 75,000 hip fractures occur annually in the UK, with a cost…amounting to about £2 billion a year. Demographic projections indicate that the UK annual incidence will rise to 101,000 in 2020 with an associated increase in annual expenditure.” Hip fracture is not the only adverse outcome of falls. In 2015, the USA’s National Vital Statistics System mortality data set published death rates from unintentional falls, with inexorable rises seen in mortality in both sexes over the dozen years of the study. 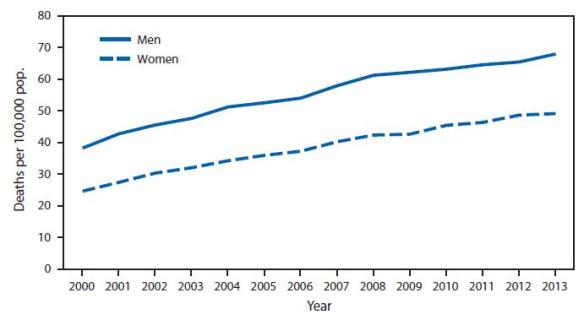 So we need to do better. But how? We all know that multidisciplinary, multiprofessional interventions reduce falls, per NICE guidance. Well, yes; but what exactly is one of these services, how should it be configured and who should participate in running it? Definitions are at best woolly, with a secondary care tilt-based service run by consultant led multidisciplinary teams in one area and a solo occupational therapist in a community clinic in another. We just don’t know which improves falls care most, or at all, or whether they are equivalent. Hopefully the answer will come in the next few years following the NIHR Health Services & Delivery Research call for projects to evaluate falls and bone health services.

Though an unconventional view for a falls doctor, it seems to me that sadly many falls fit into the “stable door shut, horse bolted” category. We simply do not have the services (knowledge base?) to impact on the sarcopenia, mechanical lower limb problems and accompanying gait and balance problems at the root of so many falls, and fallers. Shouldn’t we be looking further upstream, to try and address these issues at a stage where they are more amenable to intervention? We tried this approach some years ago, with a proactive case-finding approach to falls, one of the DH Integrated Care Pilot schemes. We systematically screened GP case notes of all over 60s in around half of the North Tyneside area, then invited appropriate individuals to a one-stop shop clinic with health care assistant, medic and senior physio performing a Comprehensive Geriatric Assessment-Plus review – the “plus” being falls expertise. In 4000 or so patients we uncovered a multitude of modifiable falls risk factors and other significant pathologies, impacted on polypharmacy, added bone protection to hundreds who needed it, and put 1000 or so of these through effective strength and balance training classes run with our partners Age UK (Parry et al J Am Geriatr Soc 2016). The results were astonishing. Apart from the modifiable pathologies, a health economic analysis (under peer review, unpublished) showed clear improvements in hip fracture rates and QALY estimates that meet NICE’s standards. Since the service was decommissioned in 2014, hip fracture rates and associated costs have again risen. We have been recommissioned in consequence……

So is this the way forward? At least case-finding for these individuals results in a tangible benefit because of the evidence-based management they undergo to ameliorate and prevent, unlike say early dementia screening. But perhaps we need to go that step further, starting with activity, strength and balance training in those approaching middle age to try and prevent the spiral of deteriorating falls risks. Should some of the resources currently devoted to falls services be redirected to a more preventive approach? In Newcastle, colleagues across health and social care are bolstering exercise provision with a smaller scale case ascertainment exercise, while the NIHR HTA PreFIT study led by Sallie Lamb and colleagues in Warwick will provide some larger scale primary care based data. We need more evidence, and then from a public policy perspective to balance up the undoubted importance of improving falls in those recurrently suffering from them with taking this proactive case-finding approach even further upstream. Unfortunately, unless we get some answers to these questions, we will continue our Sisyphean task of rolling the falls rock up the hill only to be continually overwhelmed as it crashes back down on us.