Professor Emma Reynish is a consultant physician in Geriatric Medicine at Edinburgh Royal Infirmary, and Professor of Dementia Research, at the University of Stirling where she leads the dementia and social gerontology research group. 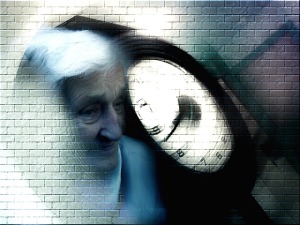 In England and Wales more people now die of dementia and/or Alzheimer’s disease than anything else. A similar picture is most likely to exist for the other devolved nations of the UK. For healthcare professionals who are involved in the management of people with dementia, this news offers the opportunity for reflection and action. What does this mean for us and our approach to the older population?

Three factors are noted as contributing to this statistic.

People are living longer than ever before, and with increasing age being the most significant risk factor for dementia it follows that mortality due to dementia is reflecting this trend.

Improvements in detection and diagnosis of dementia are leading to more people being identified as having dementia and increased reporting on death certificates. Department of health initiatives starting with the Prime Ministers Challenge, and the introduction of the dementia CQUIN in acute hospitals have probably had an influence here. Methodological changes in the coding of dementia have also played their part. (ref to change in coding framework).

Finally, mortality rates for the other diseases (the other conditions with highest mortality being ischaemic heart disease, cerebrovascular disease, chronic lower respiratory disease and lung cancer) have declined continually since analysis began in 2001. These changes are attributed to improved treatment and prevention. This fact in itself feeds into the first point mentioned and has resulted in people living longer.

In the news coverage of this ONS finding, little has been mentioned about this final point and yet the success of improved treatment and prevention for conditions such as IHD and CVD should perhaps be both celebrated and used as a template for advancing the management of dementia. The urgent need for a “cure” that is the battle cry from many dementia charities should be put into the context of the enormous progress that has been made in the fields of IHD and CVD in the last 40 decades. Neither of these conditions have a known “cure” and yet with meticulous research that has exposed risk factors, increased basic patho-physiological and clinical understanding, fine-tuned diagnosis and allowed the stepwise development of interventions however big or small, people are now dying less frequently than before from these conditions.

The prevention story for both these conditions is strong. It has been developed from the basis of epidemiological research on risk factors but has metamorphosed to a double pronged approach with both primary (before disease onset) and secondary (from the point of disease onset) prevention being important aspects of clinical management.

Epidemiological study forms the backbone of the prevention story and allows hypotheses to be generated and tested. Applying this to the field of dementia (whether primary or secondary prevention) opens many avenues to the improvement of dementia management and subsequent outcome without even straying into the domain of a “cure”.

Dementia research and understanding lags the field of IHD and CVD but even now mid-life risk factors are known to be predictors of later life dementia onset and clinical research is starting to examine prevention strategies. The prevention framework also gives us the option of secondary prevention. What does or could this look like in the field of dementia? Clinical management that focuses on the prevention of further decline springs to mind, with a maintenance of physical, cognitive and social activity, and active prevention of delirium and falls, to name but a few possible strands to the intervention.

For healthcare professionals who are involved in the management of people with dementia, this ONS report offers ideas for the future. The opportunities to continue to build our understanding, generate and test hypotheses and deliver increasingly precise clinical care to the subgroups of this population who have the greatest potential for benefit (personalised clinical management) are vast. We should be heartened by the results of reduced mortality that have been reported for other conditions, and by learning from their progress.

Interested in dementia? Join us at the BGS Spring Meeting in Newcastle where this topic will be a key focus!

1 thought on “Cause of death? Dementia…”