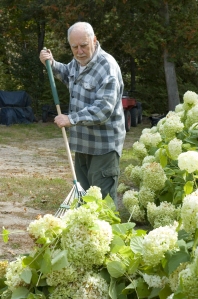 Living longer lives is a cause for celebration but there are still major inequalities in life expectancy and healthy life expectancy at birth, in rates of premature deaths, and in life expectancy at 65 between different socioeconomic groups. We also face a rising prevalence of long-term conditions, dementia, disability and frailty related to rapid population ageing, which has big implications both for individuals and for health and social care systems.

The holy grail of prevention would be to reduce inequalities in the health of older people, to improve their overall health and to ‘compress morbidity’, delaying the onset of poor health until the last few years of life. The King’s Fund has contributed to this debate with its work on adult behaviour change and improving care for older people, and its Time To Think Differently programme of work. But now, somewhat surprisingly, the National Institute for Health and Care Excellence (NICE) has added its voice, in the guise of guidelines released for consultation on preventing disability, frailty and dementia in later life.

‘So what?’ you cry, yet another bunch of stuff to wade through. But this time it’s different – what is so interesting about these guidelines is not so much the detail but the principles and linking themes behind them, and the fact that, instead of just advising clinicians, the guidelines include direct advice to the government on health and wider social policy.

So what’s in it? For starters, NICE calls for government interventions to make smoking and drinking less affordable and accessible; and to make the maintenance of healthy weight and regular exercise more affordable and accessible. Hardwiring these recommendations on affordability into local and national public health strategies is a challenge to those, of any party, who do not see price as a policy lever on behaviours other than tobacco use. Given that Public Health England also supports minimum unit pricing of alcohol, two important government health bodies have now put their cards on the table….[continues]

Read the article in full on the King’s Fund Blog