Toby Smith is a Lecturer in Physiotherapy at the Faculty of Medicine and Health Sciences, University of East Anglia. His recent paper published in Age and Ageing has identified those people who are at greatest risk of dying following a broken hip. He tweets at @tobyosmith. 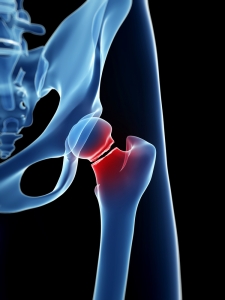 Hip fracture is a major challenge for health services worldwide, and can be catastrophic for the individual who experiences it, in addition to their friends, family and carers. The consequences of a broken hip can range from physical disability through reduced mobility and loss of independence, to death. It has been estimated that approximately 25% to 40% of people following a hip fracture die within the first 12 months after their injury. This has been, in part, attributed to the fact that many of these people are older and have numerous medical conditions which place them at greater risk of death irrespective of their hip fracture.

Given this high risk and the large number of people who experience a hip fracture annually, our team aimed to identify characteristics which could predict who would be at greatest risk of dying following a hip fracture. We felt that this was important since, if it would be possible to identify this group of ‘at risk’ patients earlier, i.e. on hospital admission, so future interventions may be tailored to try and improve care of this potentially vulnerable group, to reduce mortality and improve care and ultimately survivorship.

To answer this question, we reviewed all the previous research from across the world that looked at patients following a hip fracture. We examined the data together in a large pooled meta-analysis, and identified nine factors which predicted who died within the first 12 months following a hip fracture. The most significant of these were abnormal ECG (electrocardiogram) result on hospital admission and whether an individual had cognitive impairment prior to their hip fracture. People over the age of 85 and those with poor pre-fracture mobility were also significantly at risk of dying within 12 months post-fracture. In addition to these factors, being male, being resident in a care institution and pre-fracture general health were all statistically significant variables. Four factors were also identified which did not seem to predict death following hip fracture. These included ethnicity, education level, body mass index and whether the individual had a diagnosis of depression or not prior to their hip fracture.

We hope that the findings of this review can now be used to begin to focus interventions on this specifically ‘at risk’ group. Through this, and future research of a tailored clinical pathway, we hope that the quality of life and survival of this group of patients will improve which could have a major impact on health service delivery worldwide.

The paper can be read in full on the Age and Ageing website.