Dr Frances Healey is a registered nurse who is Associate Director for Patient Safety at NHS England and a Research Associate at Newcastle University. Follow her @FrancesHealey 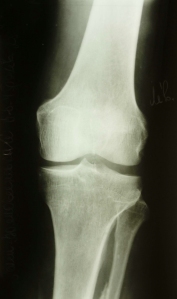 In our paper in Age and Ageing, Terry Haines and I present findings on the predictive values of the Morse Falls Risk Score, using data drawn from routine clinical practice in an acute hospital setting. However the data were cut, we found no clearly clinically useful predictive values, and the threshold score most commonly used to indicate a patient at risk of falls performed no better than tossing a coin. As we discuss, our findings are not new, but echo a series of studies carried out over the past two decades on all versions of falls risk scores. Concerns about falls risk scores relate not only to their predictive value, but for the potential for scoring to become a substitute for action, for scoring to override common sense, and for scoring to lead to a ‘one size fits all’ approach, despite the differing needs and wishes of individual patients.

Many UK hospitals have moved on from using risk scores in the face of this evidence, but the majority of hospitals across the developed world remain firmly attached to them, with countless nursing hours dedicated to collecting these scores. A conservative estimate of around 100 million falls risk scores completed annually in the UK, USA, Canada and Australasia would be equivalent to around 3,000 nurses employed solely to collect risk scores (and, incidentally, a small forest of trees. So what could explain this enduring practice?

It is hard to remember just how low falls prevention was on most medical, nursing and therapy agendas in the 1980s and 90s, and replacing Buxton chairs in the UK or Posey vests in the USA with any less harmful approach was entirely admirable. Predictive scores were useful in some other areas of healthcare, and developing them for falls was a logical approach. The predictive values found in initial falls risk score studies looked promising, and only those with the most sophisticated research awareness would realise (and later demonstrate) that these predictive values rapidly diluted in hospitals with differing specialisms, and as the inpatient population became increasingly older, frailer and more acutely ill.

So the early adopters of falls risk scores were doing the right thing for their patients. The puzzle is their continued widespread use, and the answers may be found more in the psychology of healthcare than in the evidence base.

Trying to create at least the illusion of order and control when faced with conflicting priorities is a fundamental human trait. When caring for many vulnerable patients, reducing falls risk to a simple score may be an important coping mechanism for staff, whose guilt and distress when their patients are injured is significant (I can still picture and name every patient who fractured ‘on my watch’ as a clinician and as a manager).  These anxieties are felt by executives, funders, and regulators of healthcare services too, and for them, the easily auditable nature of falls risk scores may provide assurance that ‘something has been done’.

Humans are really uncomfortable when their personal beliefs and their personal actions don’t chime and will take great steps to avoid being in that situation; a concept known as cognitive dissonance. This is why we try to change beliefs and knowledge when we want to change behaviour, but what is less often appreciated is that the reverse is also true; if we find ourselves constantly required to behave in a certain way, all but the most maverick of personalities will adapt their beliefs to give personal meaning to their actions. It hardly surprising then that most researchers, local leaders, and frontline clinical staff who have devoted large chunks of their working life to the creation, introduction, or completion of falls risk scores sincerely believe that these tools are invaluable.

Safety cultures, whether in healthcare or other industries, typically go through a bureaucratic phase, where great emphasis is placed on calculating and documenting all conceivable risks; falls risk scores are very attractive to organisations and individuals with this mindset. Organisations have to go through this developmental phase, but instead many become stuck in it; moving on to a culture where safety is truly embedded in hearts, minds and behaviour (rather than calculated on paper) takes leadership and courage.

So if you are attached to a falls risk score, ask yourself why – are the reasons truly reasoned and justified, or can they be explained by any of the factors above? Perhaps now it’s time to move on, and do something even better.

2 thoughts on “All down to numbers?”